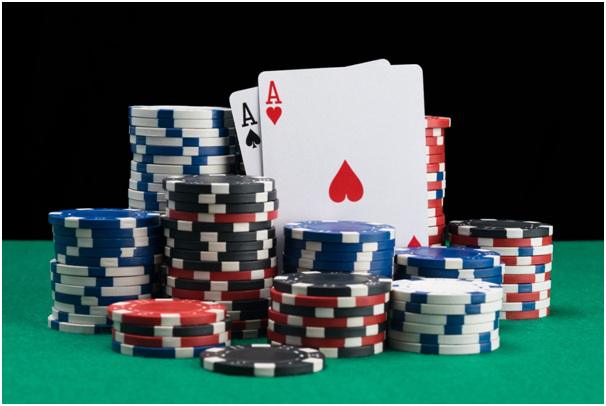 How stack sizes impact on how people play poker

Poker is a game that has a few different facets associated with it. It’s partly the luck of the draw, partly the skill of the player and partly psychological warfare. If you can perfect the second two facets, it will mitigate any bad luck the draw gives to you. Therefore, it’s always important to look at any area where you can have an influence on how the game is going to go.

This is something that only really has an impact when playing at a real-world casino. So if you’re playing at the best NJ online casino, the size of the stacks won’t come into play too much due to the graphics the games use. Of course, if it’s a game that tries to offer a realistic poker experience, then you might be able to use it to your advantage, but overall it’s something that you won’t be able to use.

For real-world players though, the size of the stacks is definitely something you can use to your advantage when playing poker. This is because you can affect the other players at the table by artificially making your bet look bigger than it is.

If you can use a visual trick to make your opponents at the table believe your bets are higher than they are, then it can help you to manipulate them into doing what you want. While players will be aware that the bet isn’t at a higher level than they think, the visual trigger will cause a mental block which will instantly make them behave in a manner that can be predicted.

Many high-class poker players are also strong investors. This is because they’re able to predict behaviors and fit their own actions to thosebehaviors. Experienced players can cause other players to bet high if it’s not necessarily the right choice or they can make them fold when they want.

This means that the player who is betting with higher stacks has an advantage from a mental standpoint. It means that a player with a weak hand may be able to win hands that would otherwise have been guaranteed losers. What makes this work is the ability to bet with a good poker face. If you have obvious tells, then the other players at the table will instantly be aware of what is taking place and will call your bluff.

When it doesn’t work

It’s also important to understand that this is only likely to work with inexperienced players. If you’re playing against a top-class poker player, then they will be able to understand the game at a much higher level. As such, a psychological trick such as this won’t have too much of an impact on them.

As such, it’s important to realize that the higher you go in terms of poker quality, the less likely a trick like this is to work. It’s important to make sure that you understand this before you make a bad bet.